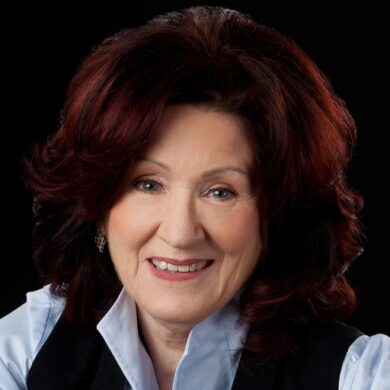 Coming Home to Yourself – EFIT for Trauma Survivors

Coming Home to Yourself – EFIT for Trauma Survivors

EFIT – Emotionally Focused Individual Therapy is the individual version of the well known and well validated couple therapy, EFT. Attachment science and 35 years of research on EFT offer the therapist a map to the structure of emotion – our deepest needs and fears, the key components of health and resilience and the nature of our most significant relationships. This map allows the therapist to be attuned, focused and on target, moving clients into a new secure connection with themselves and with others. New ways of moving into and through vulnerability and the sculpting of new identity dramas leave the client in a state of emotional balance with the confidence and competence to deal the echoes of trauma.

Participants will be able to:
– Describe how the EFIT model addresses the key aspects of trauma
– Outline the EFIT model and the core intervention – the EFIT Tango
– Formulate core change events that confer balance and a new sense of self.

– The Primer in Emotionally Focused Individual Therapy (EFIT) 2022, Johnson and Campbell, Routledge
– Attachment Theory in Practice, 2019, Johnson, Guilford
– The www.iceeft.comsite has all chapters articles and research studies on the EFT model and on the impact of EFT on depression, anxiety and PTSD

Dr. Sue Johnson is an author, clinical psychologist, researcher, professor, popular presenter and speaker and a leading innovator in the field of couple therapy and adult attachment. Sue is the primary developer of Emotionally Focused Couples and Family Therapy (EFT), which has demonstrated its effectiveness in over 30 years of peer-reviewed clinical research.

As author of the best-selling book: Hold Me Tight, Seven Conversations for a Lifetime of Love, Sue Johnson created for the general public, a self-help version of her ground-breaking research on relationships – how to enhance them, how to repair them and how to keep them. This best seller has been adapted and developed into a relationship education and enhancement program. This Hold Me Tight® program has been translated into numerous languages with workshops taking place around the world. The program has been adapted for specific groups such as for couples facing heart disease, for families with teens, and for Christian couples, and is also offered in an online format.

Her book, Love Sense, The Revolutionary New Science of Romantic Relationships outlines the new logical understanding of why and how we love – based on new scientific evidence and cutting-edge research. Explaining that romantic love is based on an attachment bond, Dr. Johnson shows how to develop our “love sense” – our ability to develop long-lasting relationships.

Sue’s newest book, Attachment Theory in Practice: EFT with Individuals, Couples and Families, shows the promise of attachment science in terms of making sense of and repairing our most precious relationships and thriving as strong resilient individuals. Attachment science offers us the most potent model for therapeutic change, especially when dealing with anxiety and depression, and that, of all models of intervention, EFT most closely captures the essence of the attachment perspective. It targets the defining feature of survival-oriented human connection, namely strong emotion, and systematically shapes core bonding interactions with others.

Sue trains counsellors in EFT worldwide and consults with over 75 international institutes and affiliated centers who practice EFT. She also consults with Veterans Affairs and the U.S. and Canadian militaries.

Living in Victoria, BC, with her husband, Sue adores Argentine tango and kayaking on Canada’s northern lakes